What’s up, my fellow degenerates? Welcome to the first of (hopefully) many reviews related around some comics that aren’t afraid to go full on cheesecake and cross into the world of baring it all to see.

I would like to thank Jaime for letting me helm this section of reviews before I get started, and you should make sure to give the man a high five for allowing me to have this platform.

With all the formalities out of the way, lets get into it with Danger Doll Squad Galactic Gladiators # 1. This series was written by Jason Martin, Dan Mendoza, and Bryan Seaton, and the art is by Winston Young, and there are various covers by various artists, for your preference, and as always Action Lab Comics will offer multiple covers for the series with basic and risque versions, as is common with their mature line of titles.

Personally, I usually go with the risque version of the primary cover for the series, but sometimes if I get the preview early enough and I see a guest artist I like… Then, I can request my shop hold a specific cover in place for me, and that’s always a fun option.

For those unaware, Danger Doll Squad is a team, created by our three femme fatales of the Action Lab universe. The team consists of:

This issue takes place after the events of the first Danger Doll Squad, where the team was banded together to deal with an online threat in a virtual world. They were summoned together and forced to be the team we’re seeing now. It seems after their online adventures, they are abducted by aliens and each of our ladies is put into a dream state in which they are made to live an ideal scenario.

This is later revealed to be a trick into using the girls DNA, consciousness, and whatever else is required by this alien species to create a weird amalgam being. That’s right! Our ladies are now getting a fusion (feel free to insert anime trope here, go with Dragon Ball Z), and this amalgam of sorts is created to please this alien ruler, going by the name of Kwi-Zeen.  She looks to be a stitched up doll with a VR headset, and she is definitely someone who holds a lot of power.

We see that once the amalgam finally awakens from the slumber that the girls consciousness is shared, and we are left with a cliff hanger ending to what the evil Kwi-Zeen has in store for newly fused heroes. The plot thickens quickly and feels straight out of an old adventure comic.

I personally was intrigued with the events and had been following the characters for some time. Now that these three wild ladies were fused, we get to see what damage could they inflict. You also ask:  would they be more a detriment to themselves? And the important question is,  what is the Kwi-Zeen up to? The next few issues will tell us what’s going on, we hope. Tune in for the next review of this series, reader 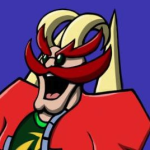