(Editor’s Note: This is produced as is. Go ahead and give Crumple’s video a read to hear his much better sounding Scottish accent.)

WHERE NEXT FOR COMICSGATE?

It’s no news to anyone that ‘comicsgate’ is in turmoil (once more). This is a regular occurrence in CG and in any other similar phenomenon. With so many moving parts, that has had multiple phases of development, and many competing goals; it was inevitable that tension and stalls would arise.

But this one seems different.

First off, it doesn’t necessarily mean anything. Take it from a Brit, if people keep asking you “but what does {your group} mean? What is {your group}?” eventually you’re going to question if the thing even exists. Perpetually trying to define comicsgate seems a fool’s errand.

Personally I look on it as more of an event than a ‘movement’ or a ‘group’. And we should not confuse the driving forces of CG for CG itself anymore than you’d confuse a tank of petrol for a car.

That said, the ‘petrol’ (‘gas’ for you muricans) is the consumers of comic books. The disgruntled people who buy comics week in, week out and are angry at being smeared and handed unreadable garbage. Then attacked for raising concerned.

There are creators who have appeared in comicsgate in order to serve that market, there are consumers who have become creators (hi!) but they are not the driver or what started CG.

This is why I refer to comicsgate as an event rather than a group; like a military operation or a campaign or a music festival or a political upheaval. You can have been there during it, you can help organize it, you can attend, you can be the main event; but it doesn’t go on forever and it is bigger than any one person or group.

So sure there are all the big twitter drama queens, the discords, the big creative names and the ‘culture warriors’ but any of these elements can come and go but make no difference to the industry or the average punter. And comics are becoming so unpopular that more and more people are tagging along for the ride, oblivious to many of the players or big drama events.

The reason this round of drama has seemed more cataclysmic is because it has not affected the comics, the punters or the industry. It has been entirely and exclusively confined to a reality-tv-style feud without having any effect on customers or books, and the people pursuing money or e-celebrity are the ones in shock.

For the rest of us, nothing happened.

Where next for #comicsgate?

The comics industry cannot give their stuff away, the new material is poor by any metric you care to use, comic shops are becoming a curiosity and the distribution model is a racket.

I see the next destination for comicsgate being a big decommissioning: comicsgate only needs to last as long as the problems it addresses do. Once they go, it can go. And the fans- customers– know that.

Comicsgate is not to be confused with an identity group and is not run by online-celebrities or the creators who have identified a new market that needs served. The # itself was mainly a way of finding like-minded individuals with whom to discuss news, books and what to do next.

Therefor what is next is more of this, until either CG is pushed entirely underground or the industry responds positively to the customers’ demands: something every industry and every art form is supposed to do. 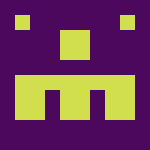