This is my first written comic review, and I wanted to open with a #1 comic that I owned. I wanted to open not with a whisper but with a bang. I wanted something that may not get reviewed often. So, I shuffled threw my boxes of comics. I found a lot of old favorites from my childhood.

I mean, this is when most of us started reading these books, right? However, I owe my love of comics to them. To be honest, they are my true treasures in life. “Blarg!” I exclaimed, “Where do I start?” I narrowed it down to two important choices…

Both choices were a #1 that have to do with two favorite heroes of mine. Both heroes are from different comic labels. In the end, I settled with the one story that combined them into one book. The first being Wolverine, who is usually a top Marvel choice. The other is my favorite Top Cow/Image character, Witchblade. The book I am reviewing for you today is Witchblade/Wolverine Vol.1, Issue 1.

Let’s do a bit of a history of these characters. Wolverine was created by: Len Wein, Roy Thomas, and John Romita Sr. from Marvel. Witchblade was created by: Top Cow founder and owner Marc Silvestri, editor David Wohl, writers Brian Haberlin and Christina Z, and added the artwork of Michael Turner. This story mashes the two characters up in a story with art that compliments the characters.

Pages 1-6, we get a real feel for the characters. These pages were my favorite part of the story, as it was showing Logan and Sara’s true personalities . I can see them getting married (in an alternate universe, though) as they seem to be types that are tough and wise, but they also wear their hearts on their sleeves.

Around page 7, the writing gets a little jarring. It’s almost like the story was going good, and then hit a snag of how to get to the next point. It seems there is missing information the reader should know about how they met. I will admit that I am not sure if there are lead up comics to this, but as a #1… I want to be able to know a little about how they got to where they were, and why the events on page 7 happen.

The other parts I didn’t get into were on page 10 and 18. Page 10, we get sort of this odd stalling dialog. Page 18, Logan starts talking about who he is. Pages 7, 10, and 18 were small inconvenient breaks from the rest of the comic. The rest of the book was pretty standard. It did justice to the characters. Overall, I thought this comic was well written.

This is pretty straight forward for me, there really is not much to say than the art work may not be for everyone, but it is some of my favorite art. There were a lot of people who worked on the art on this. I will, however, mention the pencils were amazing, very detailed, and just pretty line art. If anything, you can at least pick this book up because the pictures are very pretty!

I think this book was more about telling a story about two people than a standard plot. The plot was standard and straight-forward. Sadly, it’s not anything special. It gave us insight into the characters of Logan and Sara. I wouldn’t say it’s a bad thing, but I would say this is more character driven than plot driven. It tells the story of two amazing kick ass people, and what it would be like if they met.

The end kind of was bitter sweet, and as much as I didn’t want the book to end the way it did… Let’s be honest, it is the most logical of endings for this duo. I don’t want spoil the ending, but I do recommend you give it a read! 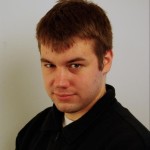